Cynthia Scott is a Grammy-nominated jazz vocalist known for her work as one of Ray Charles’s “Raelettes” and for her subsequent solo career. She was named Jazz Ambassador for the U.S. Department of State in 2004 and was Wynton Marsalis’s choice for the first person to give a concert in the Lincoln Center’s Rose Room.

Cynthia Scott was born on July 20, 1951 (some sources say 1952), to the Reverend Sam Scott and Artelia Scott in El Dorado, Arkansas, the tenth of twelve children—six boys and six girls. She began singing at age four in her father’s church but exposed her ear to secular music by sneaking over to her older sister’s house, where she enjoyed, as she said, “a different set of rules.” As a teenager, she joined a band called the Funny Company featuring the Sisters of Soul, a girl-group modeled after the Supremes, and performed locally for proms and homecoming celebrations. A month after graduation, Scott secretly entered the annual Miss El Dorado pageant, which was then exclusively for white contestants. Scott performed with fellow Sisters of Soul Jeanette Malone and Carolyn McDuffie for the talent competition and wore a pink bikini she had purchased at the local dollar store. She won second runner-up, an achievement she later sought desperately—and successfully—to document after finding that the library was missing the microfilm depicting the day she made the front page of the El Dorado News Times.

In 1971, Scott moved to Dallas, Texas, where she became one of American Airlines’ first African-American stewardesses and spent her leisure time performing with Dallas jazz regulars such as James Clay, Claude Johnson, Roger Boykin, Onzy Matthews, Marchel Ivery, and Red Garland. The following year, she received an early morning call from Ray Charles, who asked her to perform with him. She performed as a Raelette for two years, touring the world on Charles’s private plane. After reporting sexual harassment from Charles, Scott was fired, which she described in an interview with Jim Newsom: “We co-hosted the Mike Douglas Show for a week, and John Bond, who was working with AFTRA [the television union], said, ‘Don’t be one of the Raelettes who let Ray.’ I have six brothers so I kinda knew what he was talking about. But it was a good thing that he planted that in my mind—Ray wasn’t a bad looking man and he was a little bit suave, but if he didn’t get his way he could be treacherous. I got fired because I didn’t play ball with him.”

Scott went on to sing with a few of Charles’s band members: Hank Crawford, Marcus Belgrave, Leroy Cooper, and David “Fathead” Newman. Scott performed in Dallas until the late 1980s. Asked to perform at Chelsea Place in Manhattan, Scott hired a then-undiscovered Harry Connick, Jr., as her pianist. What was supposed to be a four-week engagement lasted three years. After Scott moved to New York City, she completed her bachelor’s and master’s degrees from the Manhattan School of Music. She headlined at New York City venues the Birdland, and the Iridium, and she was the featured vocalist at the Supper Club in Times Square for ten years. She worked with Lionel Hampton, Cab Calloway, and Wynton Marsalis. Scott sang at the Women in Jazz Festival at Lincoln Center and the International Women in Jazz Festival, and sang the music of Johnny Mercer in the musical Midnight in the Garden of Good and Evil, for which the Syracuse Herald lauded her interpretation as having “haunting artistry and superb talent...singing ‘Satin Doll’ and ‘Moon River’ into suave musical monologues.”

Scott released five albums: I Just Want to Know; Boom Boom: Live in Japan with Norman Simmons Trio; A La Carte: Live at Birdland; Storytelling: Live at Birdland; and Dream for One Bright World, the last of which included “Did I Know You,” Scott’s depiction of her mother’s struggle with dementia and Alzheimer’s disease. She also wrote and performed a biographical one-woman musical, One Raelette’s Journey. Scott taught at City College of New York until 2009 and The New School until 2012 as a vocal coach. She continues to perform widely. 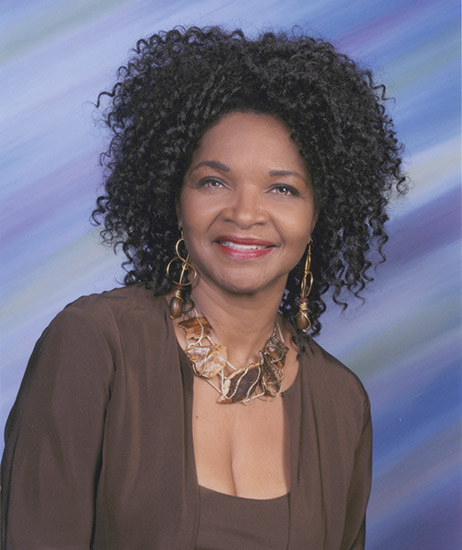