Colette Dodson Honorable is an Arkansas lawyer and public official. A longtime member—and ultimately, chairman—of the Arkansas Public Service Commission (APSC), she was appointed to the Federal Energy Regulatory Commission (FERC) in 2014 by President Barack Obama; she began her service on January 5, 2015. Her service ended on June 30, 2017.

Colette Dodson was born in 1970 in St. Louis, Missouri, to Joyce and Harold Dodson. She and her twin sister, Coleen, have three older brothers and a half-sister. The family moved from St. Louis to California when the twins were young. After her parents divorced, Dodson moved to Little Rock, Arkansas, where she attended Forest Heights Junior High and then Central High School. An active, high-achieving student, and the president of the school’s chapter of Future Business Leaders of America, Dodson originally planned to go into business. She met her future husband, Rickey Honorable, at a Future Business Leaders of America conference in high school. However, urged by family members to consider the law, she changed direction and studied criminology and criminal justice while earning her undergraduate degree from the University of Memphis. She went on to earn a law degree from the University of Arkansas (U of A) School of Law in Fayetteville.

She worked as a staff attorney for the Center for Legal Services and also served as an assistant public defender in Jefferson County, Arkansas. Having joined the Arkansas Attorney General’s Office under Mark Pryor, Honorable served for five years, first as an assistant attorney general in both the Consumer and Civil Litigation departments, and then as senior assistant attorney general in Medicaid Fraud. She next served as executive director of the Arkansas Workforce Investment Board before being tapped as chief of staff for Attorney General Mike Beebe, who went on to be elected governor and, in October 2007, appointed her to the APSC. In January 2011, she was chosen as chairman of the commission.

As chairman, she oversaw an agency with jurisdiction over approximately 450 utilities whose Arkansas revenues total roughly $6 billion. Under her stewardship, the state led the South and Southeast in energy efficiency programs, consistently achieved one of the nation’s lowest electricity rates, and achieved a top nationwide ranking in pipeline safety transparency. She worked to improve energy efficiency and expand access to renewable resources, while judiciously balancing energy and environmental considerations.

After completing two terms as vice president of the National Association of Regulatory Utility Commissioners (NARUC), as well as a stint as treasurer, she was elected as the group’s president in November 2013. On August 28, 2014, President Obama nominated her to serve on FERC. Arkansas’s two U.S. senators, Democrat Mark Pryor (who was her former boss) and Republican John Boozman, supported Honorable’s nomination.

The hearings on Honorable’s FERC nomination were initially delayed after her husband—banker Rickey Earl Honorable—died suddenly on September 7, 2014, less than two weeks after her nomination. However, the bipartisan support the nomination had received from the beginning allowed it to be acted upon despite the change in congressional party alignment as a result of the 2014 elections. In December 2014, she was overwhelmingly confirmed by the Senate. She officially joined the commission on January 5, 2015. She announced in April 2017 that she would not seek a second term after her term expired on June 30, 2017.

Honorable is active in the local community, volunteers at her daughter Sydney’s school, and serves as president of the board of the Central High Museum, Inc. She has also served on the boards of both Arkansas Cares and Positive Atmosphere Reaches Kids. She is an active member of Alpha Kappa Alpha Sorority, Inc. 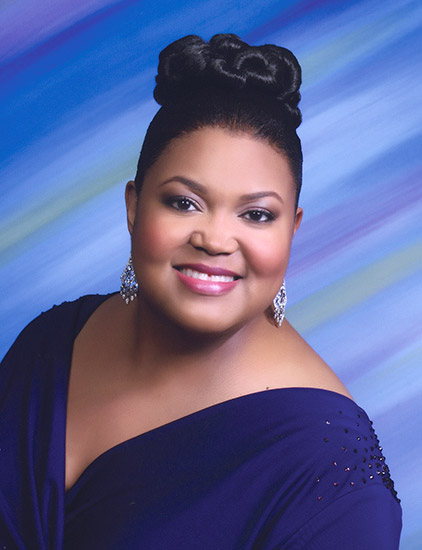