Joseph “Joe” Jackson is a talent manager who is best known as the father and manager of his children’s careers, including the Jackson 5, Michael Jackson, and Janet Jackson.

Joseph Walter Jackson was born on July 26, 1928, in Fountain Hill, Arkansas. He is the oldest of five children of Samuel Joseph Jackson and Crystal Lee King. His father was a schoolteacher. Jackson remembers that his father was one of few African Americans in the area to own a car. The elite status earned his father the nickname of “Professor Jackson.”

Much of Jackson’s childhood was spent in Arkansas. However, when his parents separated, he left Arkansas at the age of twelve for Oakland, California. At age eighteen, he moved to be closer to his mother in East Chicago, Indiana. Jackson pursued a career as a professional boxer but never achieved widespread success.

In Chicago, Jackson met Katherine Scruse. He had a short marriage to another woman that was later annulled, but he continued his relationship with Scruse. They were married on November 5, 1949, and settled in Gary, Indiana. They had ten children: Maureen Reillette (Rebbie), Sigmund Esco (Jackie), Toriano Adaryll (Tito), Jermaine La Jaune, La Toya, Marlon, Brandon (Marlon’s twin, who died at birth), Michael Joseph, Steven Randall (Randy), and Janet Damita Jo. Jackson has another daughter, Joh’Vonnie, from another relationship.

While in Gary, Jackson worked as a crane operator for U.S. Steel. He began a music career in the mid-1950s with his brother Luther in a band called the Ford Falcons. However, the band never had much success, so Jackson continued working with U.S. Steel.

Jackson turned his musical attention toward his children once he recognized their talent and potential for success. In the mid-1960s, he trained his older sons (Jackie, Tito, and Jermaine) for a musical career. Tito played instruments, while Jackie and Jermaine sang. Jackson built on the brotherly musical act, adding younger brothers Marlon and Michael. Together, they formed the Jackson 5.

The Jackson 5 continued to practice under Jackson’s direction and gained local attention. They began to travel and perform more, which earned them a record contract with Motown Records in 1968. With Motown Records, the Jackson 5 rose to international fame and, in 1970, became the first group whose first four singles reached number one on the Billboard Hot 100.

Jackson continued to manage the Jackson 5, as well as the solo careers of Michael and Jermaine. Management control waffled between Jackson and Motown Records CEO Berry Gordy, but Jackson regained control by managing his children’s performances in Las Vegas, Nevada. However, his sons began leaving Jackson’s management until all had withdrawn by 1983. Michael Jackson embarked on an extremely successful solo career in the 1980s and 1990s, earning him the name “The King of Pop.”

Jackson managed the careers of his daughters Rebbie, La Toya, and Janet in the early 1980s. However, like his sons, his daughters also left his management. Janet Jackson’s solo career flourished in the 1980s and 1990s.

Jackson suffered a stroke while visiting Brazil in July 2015. He was in poor health the last years of his life, including a diagnosis of cancer, before dying on June 27, 2018, in Los Angeles, California. 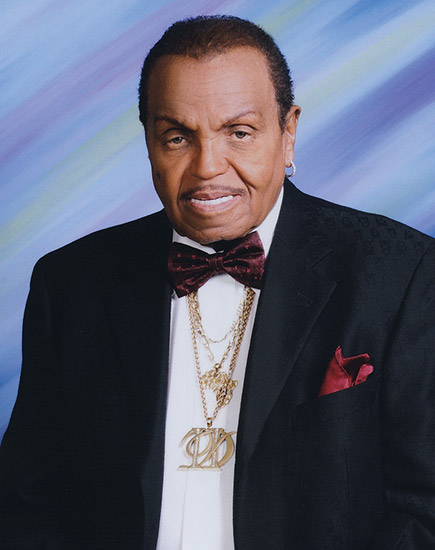