Derek Fisher is one of the most successful basketball players to hail from Arkansas. After an exemplary high school and college career in Little Rock, Arkansas, he won five championships as a member of the Los Angeles Lakers in the National Basketball Association (NBA). He also set an NBA record for participation in the most playoff games at 259.

Derek Lamar Fisher was born in Little Rock on August 9, 1974, to John and Annette Fisher. He has an older brother, Duane Washington, who also played in the NBA, and a younger sister. The Fishers lived on West 22nd Street in Little Rock. Derek attended Wilson Elementary School, Henderson Junior High School, and Parkview Arts and Science Magnet High School.

Derek’s father cultivated his interest in basketball from an early age and played the most formative role in his development. Fisher participated in youth basketball leagues at the Penick Boys and Girls Club, shadowed his brother at Parkview, and joined an Amateur Athletic Union (AAU) team as a ten-year-old. During his senior year at Parkview, Fisher was the point guard for a team that won the state championship and finished with a record of 35-1. He received an honorable mention as a McDonald’s High School All-American. After graduating from high school, he signed a basketball scholarship with the University of Arkansas at Little Rock.

Except for the first game of his freshman year, Fisher started every game of his four seasons. As a senior, he was the 1996 Sun Belt Conference Player of the Year. When the university constructed new athletic facilities in 2005, Fisher donated $700,000 for the construction of a practice court that was named in his honor.

The Los Angeles Lakers chose Fisher as the twenty-fourth pick of the 1996 NBA draft. He spent eighteen seasons in the NBA and won championships with the Lakers in 2000, 2001, 2002, 2009, and 2010, competing alongside future Hall of Famers Shaquille O’Neal and Kobe Bryant under the tutelage of legendary coach Phil Jackson. Fisher also played briefly for the Golden State Warriors, Utah Jazz, Oklahoma City Thunder, and Dallas Mavericks. He averaged 8.3 points and three assists in 25 minutes per game over the course of his professional career.

Fisher was a left-handed guard whose play was characterized by consistency and reliability. One of his most famous plays was during Game 5 of the 2004 Western Conference Semifinals versus the San Antonio Spurs. With the Lakers trailing by one point with only four-tenths of a second remaining, Fisher received an inbounds pass and made a shot to win the game.

In 2005, Fisher married Candace Patton. She gave birth to twins the following year, one of whom, it was soon discovered, suffered from a rare form of cancer, retinoblastoma. The couple agreed to an experimental surgery and a regimen of chemotherapy that saved their daughter’s life and eyesight. The general public became aware of their daughter’s ailment when Fisher was absent from the start of a playoff series as a player for the Utah Jazz. He arrived during the third quarter of Game 2 of the 2007 Western Conference Semifinals and helped the team beat the Golden State Warriors by scoring five points in overtime. This situation was recounted in an autobiography that Fisher published in 2009 with author Gary Brozek, Character Driven: Life, Lessons, and Basketball, in which he attributed much of his success in life to his Christian faith.

In 2006, Fisher was elected president of the NBA Players Association. In that role, he led the association through two significant controversies: the NBA owners’ lockout in 2011 and the removal of Billy Hunter as the union’s executive director in 2013. As a result of the latter action, Fisher was named in a lawsuit by Hunter for wrongful termination, but a judge dismissed the last of the claims against him in 2014.

Fisher retired as a player after the 2013–2014 season and was soon hired as the head coach of the NBA’s New York Knicks whose president, Phil Jackson, was Fisher’s former Lakers coach. The Knicks finished with a record of 17–65 in Fisher’s first season, the worst record in franchise history, and he was fired during his second season when the Knicks were 23–31.

Fisher and Patton divorced in 2016. During the 2016–2017 NBA season, Fisher worked as a television analyst for Spectrum SportsNet, the television station for the Lakers, and Turner Network Television, which features NBA games with commentary by former players. 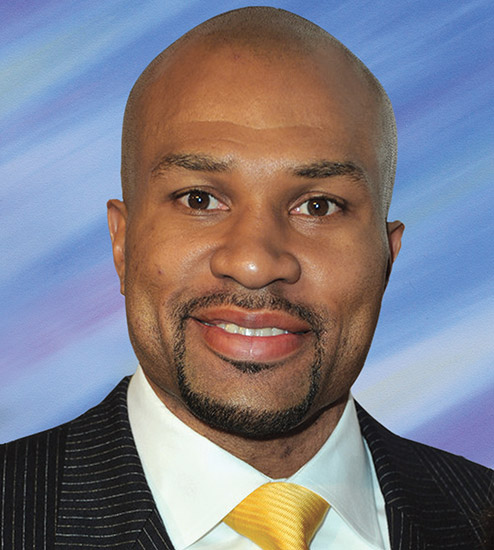