Charles E. Blake was born on August 5, 1940, in North Little Rock, Arkansas, the son of Junious Augustus Blake and Lula Champion Blake. His father, a native of Camden, Arkansas, pastored various churches throughout Arkansas before moving to California. Charles Blake was ordained as a minister himself in 1962. He received his Bachelor of Arts degree from California Western University (now Alliant International University), following that with a Master of Divinity degree from International Theological Center in 1965. He received his Doctorate of Divinity degree from the California Graduate School of Theology in 1982. He is married to Mae Lawrence Blake, and the couple has three children.

In 1969, Blake was appointed as pastor of West Angeles Church of God in Christ, which then had about fifty members, and under his leadership, the church grew by leaps and bounds, becoming one of the fastest-growing COGIC congregations in the world and the largest African-American church in the western United States, as well as a significant economic force in the community. In 1982, Ebony magazine recognized Blake as one of the greatest preachers in the United States and has frequently labeled him as one of the nation’s most influential African Americans.

In 1985, Blake was named the Jurisdictional Prelate of the First Ecclesiastical Jurisdiction of Southern California, which oversees more than 250 churches. He served in this role until 2009. In 1988, he was named to the General Board of the Church of God in Christ. After serving as the First Assistant Presiding Bishop of COGIC, Blake became Presiding Bishop following the March 20, 2007, death of Gilbert E. Patterson. Later that year, he was elected to complete Patterson’s term in office; in November 2008, he was elected to his first full four-year term. He has since been re-elected in 2012 and 2016.

Bishop Blake has served on the boards of Charles H. Mason Theological Seminary, International Theological Seminary, Oral Roberts University, and International Charismatic Bible Ministries, as well as being on the advisory committee of the Pentecostal World Conference and the leadership council of the Pentecostal/Charismatic Churches of North America. He founded the Los Angeles Ecumenical Congress and, in 2009, was appointed to the Inaugural Advisory Council of the Office of Faith-based and Neighborhood Partnerships by President Barack Obama. 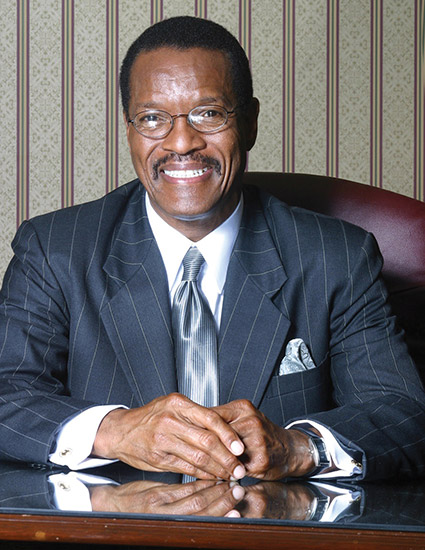