Lavenski R. Smith, the son of a black county farm agent at Hope, Arkansas, became a justice of the Arkansas Supreme Court at age forty-one and became only the second African American to serve on the U.S. Eighth Circuit Court of Appeals, the second-highest level of courts in the country. He became chief judge in 2017.
Lavenski Roy Smith was born on October 31, 1958, to Cayce B. Smith and Olee M. Smith in Hope. He began school in racially segregated schools, but the city’s schools soon integrated under court orders. He graduated from Hope High School, the school from which future Arkansas Governor Mike Huckabee had graduated a few years before. Huckabee later appointed Smith to his first judicial position.
After he graduated from the University of Arkansas (U of A) at Fayetteville in 1981, he entered law school there and graduated in 1987. He went to work for Ozark Legal Services in Fayetteville as a staff attorney who specialized in consumer defense and represented juveniles as a guardian ad litem. In 1991, he opened a general law practice in adjacent Springdale, which was the first minority-operated law firm in the city. Three years later, he became a professor of business law at John Brown University at Siloam Springs, Arkansas. He married Trendle Joyce of Camden, Arkansas; the couple had two children.
When Lieutenant Governor Mike Huckabee became governor in 1996 after Governor Jim Guy Tucker resigned, Smith moved to Little Rock and became Huckabee’s liaison with government regulatory agencies. The next year, Huckabee appointed him chairman of the Arkansas Public Service Commission, which regulates utilities, and then in 1999 to the Arkansas Supreme Court to succeed Justice David Newbern, who retired. The term ended on January 1, 2001, and he returned to the Public Service Commission as a commissioner.
Smith established a reputation as a social conservative. He was associated with the Rutherford Institute, a national nonprofit group that approached the Constitution’s First Amendment protection for civil and religious liberties from a conservative point of view. Smith was the lead attorney in a lawsuit in Pulaski County Circuit Court that sought to prevent the hospital at the University of Arkansas for Medical Sciences (UAMS) from performing abortions for women who paid for them privately. The Arkansas Supreme Court ruled unanimously in 1997 (Unborn Child Amendment Committee, et al. v. Dr. Harry Ward, et al.) that the hospital could perform such abortions under the Constitution and statutes.
His strong conservative religious upbringing guided his approach to legal practice and judging. He defended that approach in a University of Arkansas at Little Rock Law Review article in 2009 called “Honest to God,” which cited biblical references to support the notion that Christian doctrine and constitutional interpretation were not antithetical.
On May 22, 2001, President George W. Bush nominated Smith for the U.S. Eighth Circuit Court of Appeals to the seat left empty by the death of Judge Richard S. Arnold. His nomination was somewhat controversial owing to his strong opposition to abortion. Abortion rights groups opposed him. His nomination was first returned to the president, who renominated him. The American Bar Association rated him as qualified. Four senators tried to block his confirmation vote, but the U.S. Senate confirmed him easily by a voice vote in July 2002. He became only the second African American on the court, following Theodore McMillian of St. Louis, Missouri.
Unlike McMillian, Smith did not take an expansionist view of the federal Voting Rights Act. In a 2009 case which arose from racial turmoil in the schools of Farmington, Missouri, he wrote a unanimous opinion by an Eighth Circuit panel holding that the school district did not violate the free-speech rights of students who insisted on wearing Confederate symbols to school after the district banned the symbols to curtail turmoil (B.W.A. v. Farmington R-7 School District). The tiny minority of African Americans were bullied at the school until a few withdrew. Judge Smith said students who had been suspended during the incident were not suspended merely for the content of their speech but for the threat of violence and disruption that their actions caused. “This can hardly be considered an environment conducive to educational excellence,” he wrote.
It was not surprising that when the controversial issue of same-sex marriage came before the Court of Appeals, starting in 2005, Judge Smith ruled against allowing the unions. In 2005, he sat on the appellate panel that overturned a lower-court ruling that Nebraska’s ban on same-sex marriages was unconstitutional. He was on another panel that blocked implementation of a ruling favoring same-sex marriages in Nebraska as the last same-sex marriage case went to the U.S. Supreme Court.
However, Smith was not so doctrinaire that he refused to follow the Supreme Court’s landmark ruling on such marriages after it came down in 2015. Seven weeks after the Supreme Court ruled that state bans against such marriages violated the equal-protection, due-process, and interstate-commerce clauses of the Constitution (Obergefell v. Hodges), Smith’s three-judge panel took up appeals of federal district court decisions in Arkansas, South Dakota, and Nebraska that permitted same-sex nuptials and delivered instructions to each state that marriage equality was indeed the law in those states.
In March 2017, Smith became the first African-American chief judge of the U.S. Eighth Circuit Court of Appeals. 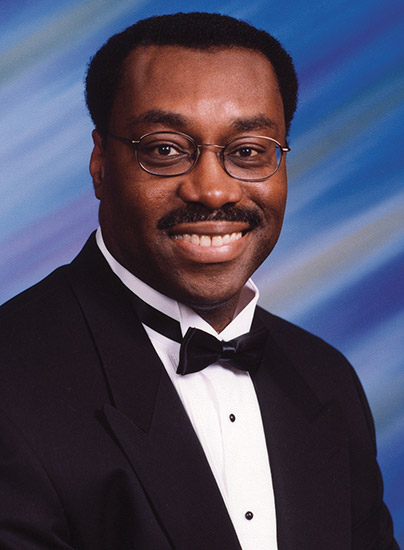