James Cone is known as the father of black liberation theology, which he describes as a “theological identity that was accountable to the life, history, and culture of African-American people.” Cone often discusses the impact that growing up in Bearden, Arkansas, and attending the Macedonia African Methodist Episcopal (A.M.E.) Church had on his life. Both of these powerfully influenced his thinking: Bearden for the pain and suffering inflicted on African Americans and Macedonia as a place where he encountered Jesus. Cone has published numerous books on black liberation theology and has lectured at more than 1,000 universities and community organizations throughout the United States, Europe, Africa, Asia, Latin America, and the Caribbean.
Born to Charles and Lucy Cone in Fordyce, Arkansas, on August 5, 1938, James Hal Cone was reared in the “colored” section of Bearden. After he graduated from Ouachita County Training School, he attended Shorter College in North Little Rock and later received a Bachelor of Arts degree from Philander Smith College in Little Rock in 1958. He earned his Master of Divinity from Garrett Theological Seminary in 1961, prior to earning a master’s degree (1963) and doctorate (1965) from Northwestern University.
Cone was a young man during the 1957 desegregation crisis at Central High School, and he later became actively involved in the black freedom movement that became widespread throughout America. As he became increasingly frustrated with racism and injustice, he sought a means to create a Christian theology out of the black experience of slavery, segregation, and the struggle for a just society. He began writing from a theological perspective and formulated black liberation theology as the necessary tool to confront the suffering of poor African Americans; major publications of his early career include Black Theology and Black Power (1969, reprinted multiple times) and God of the Oppressed (1975). His theological perspectives are influenced by Martin Luther King, Jr., whom he referred to as the “most important Christian theologian,” and Malcolm X, on whom he bestows the title of “America’s most trenchant race critic.” In 2011, Cone published The Cross and the Lynching Tree, in which he demonstrates black suffering through the birth, death, and resurrection of Jesus in an effort to integrate black and Christian identities.
An ordained minister, Cone has served as the Charles A. Briggs Distinguished Professor of Systematic Theology at Union Theological Seminary in New York City since 1987. He was an active member of numerous professional societies; has published twelve books and written more than 150 articles; and has earned countless awards and recognitions, including the Paul Robeson Award from Mother A.M.E. Zion Church, the American Black Achievement Award, the Theological Scholarship and Research Award from the Association of Theological Schools, the Fund for Theological Education Award for contributions to theological education and scholarship, and the Julius C. Hope Champion of Social Justice Award. He was married twice and had four children.
Cone died on April 28, 2018. Later that year, his memoir, Said I Wasn’t Gonna Tell Nobody, was published by Orbis Books. 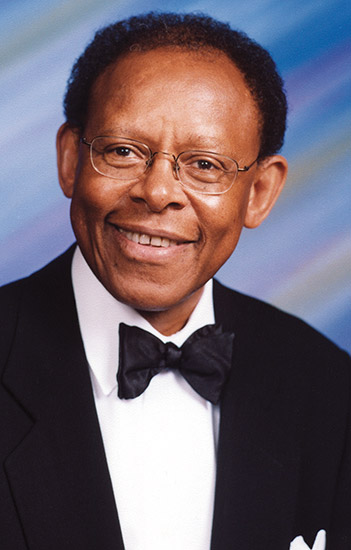