Wilbert C. Jordan is a Los Angeles, California, native who became an Arkansas transplant; he still owns eleven acres of land in Wheatley. He attended high school at Marian Anderson High School in Brinkley, Arkansas, through the eleventh grade before he entered Little Rock’s Horace Mann High School. He graduated in 1961. He graduated from Harvard College in 1966 and received his MD in 1971 from Case Western Reserve University School of Medicine in Cleveland, Ohio. Jordan completed an intern ship and junior residency in internal medicine at Beth Israel Hospital in Boston, Massachusetts, in 1973. As a Robert Wood Johnson Clinical Scholar, he received his Master in Public Health degree in 1976 at the University of California, Los Angeles (UCLA) and completed rotations in internal medicine and infectious diseases. HIV (human immunodeficiency virus) outreach has been a primary pursuit of Dr. Jordan’s career.
As he left his office one evening, Dr. Jordan was approached by an addict who needed money. The conversation evolved into a discussion about HIV and AIDS (acquired immune deficiency syndrome). Across the street there was a mobile health unit. The addict told Dr. Jordan that the health unit’s workers were looking for drug users to test for HIV infection but did not know where to find them. The addict revealed that he could find them. The two struck a deal. Dr. Jordan assured the man that if he brought him a person who was at risk for HIV infection, he would give him some money. Both men honored that agreement.
The result was the creation of the Oasis Clinic, of which Dr. Jordan is the director. The clinic started in 1979 when Dr. Jordan treated his first AIDS patient without knowing at the time that the symptoms were related to the disease. Over the next twenty-one years, Dr. Jordan treated 3,000 clinically diagnosed HIV/AIDS patients.
The first group of those patients was made up of four of the five people brought to him by the addict he had met. Jordan learned in his encounter with those men that patients who are often overlooked or ignored in the fight against HIV/AIDS are key figures in winning this battle, because the patients know who is at risk. This observation led to the development of a program that has amazed many with its unexpected success and, more importantly, its simplicity. Dr. Jordan has found more than 300 patients by inviting people to bring someone they know to the clinic for HIV testing. Nearly half (48 percent) of those patients were found to be HIV positive.
With more than half of the new cases of HIV in the United States reported to be African Americans, Jordan says the reason African Americans need to get involved in the fight against HIV is just as simple. “It’s called self-preservation,” he says. As the number of African Americans who are being diagnosed with HIV/AIDS continues to climb, Jordan believes that black people’s approach to dealing with the HIV/AIDS pandemic cannot be the same as that for gay white men.
Jordan’s genuinely cares for and is concerned about the welfare of his people and says that his patients do not have to have money to receive proper treatment. He says his work has taught him much about himself and his community over the years. He has seen the power of giving patients a more prominent role in their own recovery, as well as their friends’ recovery.
“For patients, this is a chance to help give others information,” explains Jordan. “When it is someone you know who is talking to you, the trust factor is higher. It brings down the stigma of getting tested, and it makes people more comfortable with the idea of going to the clinic to get treated.” He has also found that those people who bring others in become more compliant with their own medication regimens. Some of his most non-adherent patients are now taking their medicine reliably.
Dr. Jordan is inspired by a personal experience, the passing of a close friend who succumbed to AIDS early in the epidemic, when people were ostracized due to ignorance of the disease. Few doctors were reaching out to African Americans at the time. Dr. Jordan’s friend was abandoned by his wife and denied interaction with his children. All of his friends abandoned him, except Jordan, who continues to treat his own patients with the love and support his friend never received.
In addition to his directorship at his Oasis Clinic, he is also the director at the Los Angeles County Martin Luther King, Jr., Outpatient Center and an associate professor of internal medicine at Charles Drew University (CDU).
In 2000, he received the Surgeon General’s Award for his work with HIV, which had included his involvement with the NIH-sponsored DATRI Study on low-dose oral alpha interferon, his chairing of the Los Angeles County Commission on HIV & AIDS from 1993 to 1995, and his service on the Los Angeles County HIV Planning Council and the Prevention and Planning Committee since their inceptions. Dr. Jordan has been honored by the Los Angeles Sentinel; by the Student National Medical Association when it renamed its research forum the Dr. Wilbert C. Jordan Research Forum; and by being named “Doctor of the Year” three times by the Charles R. Drew Medical Society. In 2002, he was the first recipient of the B.E.T. Community Service Pioneers Award. He has served as medical director for the Minority AIDS Project since its creation and has been chairman of the Black Los Angeles AIDS Consortium for more than twelve years. In 2015, Better Brothers Los Angeles and the D.I.V.A. Foundation (Divinely Inspired Victoriously Aware founded by Sheryl Lee Ralph in 1990) presented Dr. Jordan with the inaugural Advocate Truth Award, and he was honored by the National Medical Association. In 2017, he was presented with the Legacy Award by CDU. 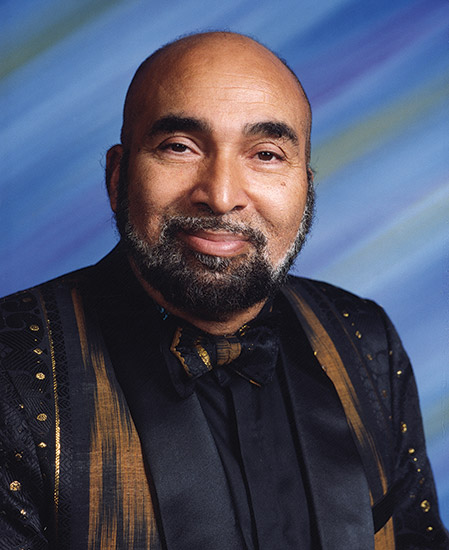