Grover Evans is known throughout central and northeastern Arkansas for his political endeavors, sports accomplishments, and career as a motivational speaker. In 1978, he was in a single-car accident that left him paralyzed from the neck down. The road to recovery placed many challenges in his path, but he was able to meet those challenges and has since received much recognition, including being inducted into the Arkansas Swimming Hall of Fame.
Grover Evans was born on March 6, 1952, the first African American born at St. Bernards Hospital in Jonesboro, Arkansas; he was named after the delivering doctor, Dr. Grover Poole. His parents were William Evans and Georgia Lee Holiday, and he had five younger siblings.
After his car accident, Evans was told that he would likely live only three to five more years, and he was determined to make the best of that time. Two months after his accident, he began to regain some sensation in his right arm, followed by his left arm. He spent six months in a hospital in Memphis, Tennessee, and then was moved to a hospital in Jonesboro for occupational and physical therapy. Working in the swimming pool allowed him to gain more mobility.
During his rehabilitation, Evans was exposed to several sports opportunities through the National Wheelchair Sports Association. He was an avid table-tennis player and participated in several track-and-field wheelchair competitions. His greatest accolades, however, came in swimming. His first swim competition, in 1989, was at an intramural event at Arkansas State University (ASU) in Jonesboro. At ASU, he teamed up with a university swimming instructor who helped to perfect his swimming technique and established a training program for him. Evans went on to set several national and world swimming records in the fifty-meter backstroke, fifty-meter freestyle, fifty-meter breaststroke, 100-meter backstroke, and 100-meter freestyle.
In Barcelona, Spain, in 1992, Evans became the first African American to swim on the U.S. Paralympic Team. He participated in several more Paralympics—as an alternate for the 1996 games in Atlanta, Georgia, and team member for the 2004 games in Athens, Greece, and the 2008 games in Beijing, China. He set five world records, one Paralympics record in Barcelona, sixty-one American records, and eight Pan-American records. He also won sixty-nine National Championships. In 1997, he was inducted into the Arkansas Swimming Hall of Fame.
During this time, Evans was also pursuing his education. He attended ASU, from which he received a bachelor’s degree in music and health education. In 1989, he graduated from the ASU Leadership Program. He also holds a doctorate in nutrition counseling from LaSalle University in Philadelphia, Pennsylvania.
Evans’s political endeavors began in 1984 when he became the first African American to be elected to the Jonesboro City Council; he served six terms and was vice-mayor from December 1984 to July 1996. On October 1, 1996, he was appointed by Governor Mike Huckabee as the director of Disability Determination for the Social Security Administration for the State of Arkansas. He served as the deputy director of the same agency. He also once served as the interim director for the Capital Zoning District Commission with State Building Services, a position that placed him in the governor’s cabinet. Evans has also served as a member of the Strategic Planning Board of University of Arkansas-Pulaski Technical College, was a member of the City of Little Rock Workforce Investment Board, and worked on the Olmstead Steering Committee and as a member of the City of Little Rock Workforce Investment Board Youth Council. He is also a council member for the Arkansas Injury Prevention Coalition under the Arkansas Department of Health. Evans helped Congress pass the Brady Bill, named after former White House press secretary James Brady, who was shot and became permanently disabled in 1981 during an attempted assassination of President Ronald Reagan. He also helped with the passage of the 1990 Americans with Disability Act, having been involved with many legislative meetings in Washington, D.C. Evans was often referred to as the “Martin Luther King” of disabilities due to his breadth of knowledge and experiences. In December 1998, he received the Disability Leadership Award from the Social Security Administration.
Evans has traveled all over the country as a motivational/inspirational speaker to various groups about overcoming adversity; he also discusses faith, nutrition, and his own accomplishments. He is the founder and CEO of Evans and Associates Company of Arkansas, LLC, founded in February 2005. He has been featured through various media outlets, including ABC, CBS, NBC, BET, UPN 38, local and national FOX stations, City and Town, Ebony, Jet, the Arkansas Times, Team Rehab, and Power Play.
Evans has volunteered his time to hospitals, schools, rehabilitation centers, the Spinal Cord Commission, Easter Seals, and the Martin Luther King, Jr., Commission. He serves on the Advisory Council for Education of Children with Disabilities for the Arkansas Department of Education. He has served as special consultant for systems design for the Department of Career Education/ Arkansas Rehabilitation Services. He was named client advocate for people with disabilities for the state in 2004.
Evans was one of two in the nation to be awarded the National Easter Seal Society’s Johanna Cooke Plaut Community Leadership Award. He serves as a member on the Central Arkansas United Way Board; Little Rock’s Housing Advisory Board; Pulaski County Advisory Board on People with Disabilities; Delta Airlines Advisory Board for People with Disabilities; and Coalition Board on Transportation Service Administration (TSA) of Homeland Security. Evans is also a member of the Christian Men’s Club and of the Knights of Columbus in Little Rock.
After retiring, Evans began serving as head swim coach at Parkview Magnet High School in Little Rock. He currently resides in Little Rock with his wife, Helen Malchan Evans; they have two children.
Evans died in Little Rock on December 3, 2017. 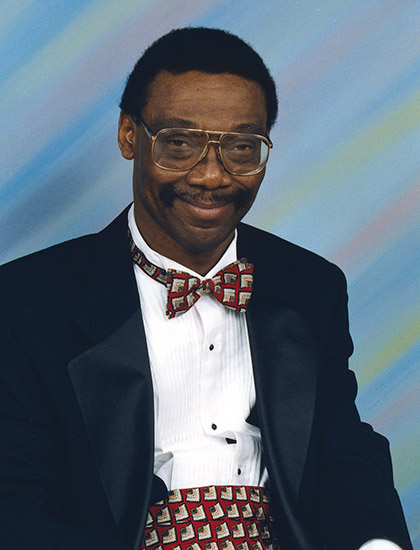