George Howard, Jr., was a trailblazing African-American attorney and judge in the second half of the twentieth century. After becoming one of the first black graduates of the University of Arkansas School of Law, he pursued a career dedicated to the expansion and guarantee of civil rights for all citizens. He became the first African American to be appointed to numerous Arkansas judicial posts, including the Supreme Court of Arkansas.
George Howard, Jr., was born on May 13, 1924, in Pine Bluff, Arkansas, to George Howard and Sara Howard, who was a public school teacher. He received his early education in Pine Bluff but left home to serve in the U.S. Navy during World War II. As an adult, he would often recall that the racism he experienced in the navy led to his choice of a career in law. After the war, Howard returned to Pine Bluff and graduated from high school. He married Vivian Smith on February 8, 1947; they had four children.
Howard entered Lincoln University in Missouri in 1948, where he undertook a joint degree program. After he had achieved sixty credits he could transfer to the university’s law school, and upon completion of his legal studies he would receive both a Bachelor of Arts degree and his law degree. However, his plans changed when he learned that the University of Arkansas (U of A) at Fayetteville, which had a similar dual degree program, was accepting applications from black students. Howard entered the university in 1950 and graduated in 1954 with both a bachelor’s degree and his Juris Doctorate. Not only was he one of the law school’s first black graduates, he was also the first African American to live in university housing. Moreover, he became the university’s first elected black office holder when he was elected president of the dormitory.
Following graduation, Howard returned to Pine Bluff and opened a private law practice. He made one unsuccessful bid for the city council but put politics aside to become one of the city’s leaders in the developing civil rights movement. He pursued numerous discrimination suits. Following the Supreme Court’s ruling in Brown v. Board of Education of Topeka, Kansas, he initiated suits aimed at desegregating the school systems in Fort Smith, El Dorado, West Memphis, and other Arkansas districts. He was also active in efforts to desegregate theaters and other public places while also seeking to address the inequalities related to jury composition and the use of the death penalty in the criminal justice system.
Howard was also active on the organizational side, and he served as president of the State Council of Branches for the National Association for the Advancement of Colored People (NAACP). He then embarked on a string of judicial appointments. In 1969, Governor Winthrop Rockefeller appointed him to the Arkansas State Claims Commission. In 1977, Governor David Pryor named him to the Arkansas Supreme Court, on which he served until 1979 when Governor Bill Clinton appointed him to the newly created Arkansas Court of Appeals. The following year, President Jimmy Carter named him a federal district court judge for the Eastern and Western Districts of Arkansas, a position he held until his death in 2007. These appointments made him the first African American to serve on the Arkansas Court of Appeals, on the Arkansas Supreme Court, and as a judge in an Arkansas federal court.
As a jurist, Howard was known for his thorough preparation and his fairness. He became the object of national attention when he presided over the Whitewater trials involving former Governor Jim Guy Tucker, Jim McDougal, and Susan McDougal, one-time business partners of President Bill Clinton. He also directed Clinton to give a deposition for the trial.
Judge Howard was still performing his duties when he died on April 21, 2007. He is buried in Graceland Cemetery in Pine Bluff. Shortly after his death, Congress enacted legislation naming the federal building and courthouse in Pine Bluff the George Howard, Jr., Federal Building and U.S. Courthouse. 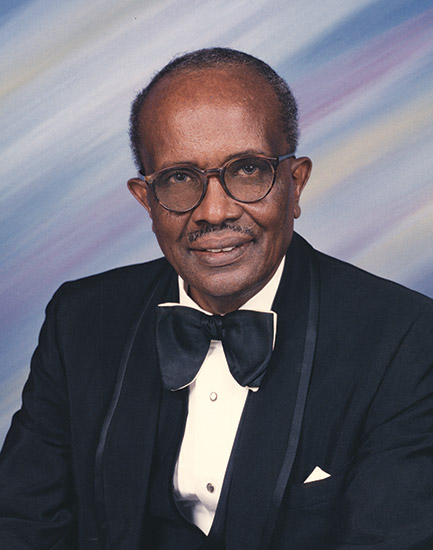