Evangeline K. Brown was a longtime educator and activist in the Arkansas Delta who served as a plaintiff and witness in a lawsuit that helped create new majority black districts in the state. She was inducted into the Arkansas Black Hall of Fame in 1994.
Evangeline Katherine Johnson was born in Norwood, East Feliciana Parish, Louisiana, on February 23, 1909, the fourth child of James M. Johnson and Mamie C. Gilmore Johnson. Her father was a farmer who owned the family’s farm, which was fairly uncommon that time. The family frequently moved, and Johnson attended high schools in Portland, McGehee, and Dumas, Arkansas.
She eventually married and became a teacher, and settled in Dermott, Arkansas. She was chairman of the Teachers of English Council for the Arkansas Teachers Association, was a board member of the National Council of English Teachers for nine years, and served as president of the Arkansas Education Classroom Teachers Association and the Desha County Teachers Association.
Evangeline Brown was among the plaintiffs in the 1989 court case Jeffers v. Clinton. A federal court later ruled on behalf of the plaintiffs, finding that the state’s 1982 redistricting plan had diluted black voting strength. Subsequently, the court ordered the creation of new majority black districts for the Arkansas House of Representatives and the Arkansas Senate. In the following election, the number of African Americans in the Arkansas General Assembly reached twelve—double what it had been.
Brown was active politically and was a local coordinator for Bill Clinton’s 1990 gubernatorial campaign. She also coordinated the first Head Start program for Chicot County and served on the Southeast Community Action Board. An April 26, 1994, article in the Arkansas Democrat-Gazette described Brown as “the most outspoken black activist in Dermott.” The article went on to say, “She is widely admired as a good-hearted person, but widely disliked for irritating the white establishment.” An article the following year called her “the gadfly, the eternal campaigner, the apostle of desperate causes” and wrote of her: “Even when buying the poor’s political support was an accepted arrangement in Chicot County, a place that places a high value on discretion and tradition, Brown assumed the role of loud disturber, railing against buyouts of hearts, souls, votes.” In one of her noteworthy fights, she challenged the local hospital for refusing to provide rape examinations to African-American women.
Brown served as director of Dermott Concerned Citizens, which changed its name to Dermott Community Action, Inc., and formally incorporated in 1985. The nonprofit agency served low-income people in Dermott and surrounding communities. She was also a member of Seven Star Missionary Baptist Church and served in a variety of leadership roles. Over the span of her life, she reared more than forty foster children and received many awards for her community service. The Arkansas Women’s Project offers its Evangeline K. Brown Award to someone who has “made a difference in the local and global community.”
Brown died on September 22, 2001. 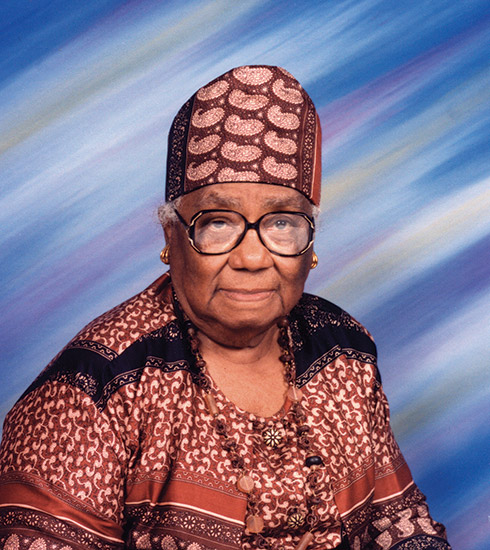